Here comes the made in India choppers! Yes, you heard it right, guys! Avanturaa Choppers is a Mumbai based motorbike chopper manufacturing firm that launched two of its models, Pravega and Rudra, at the IBW 2017.

It was a great pleasure for the MI team at the event to interview the men behind building these dream machines, Vijay Singh –Chief Revenue Officer and Amitabh Biswas – Chief Marketing Officer. 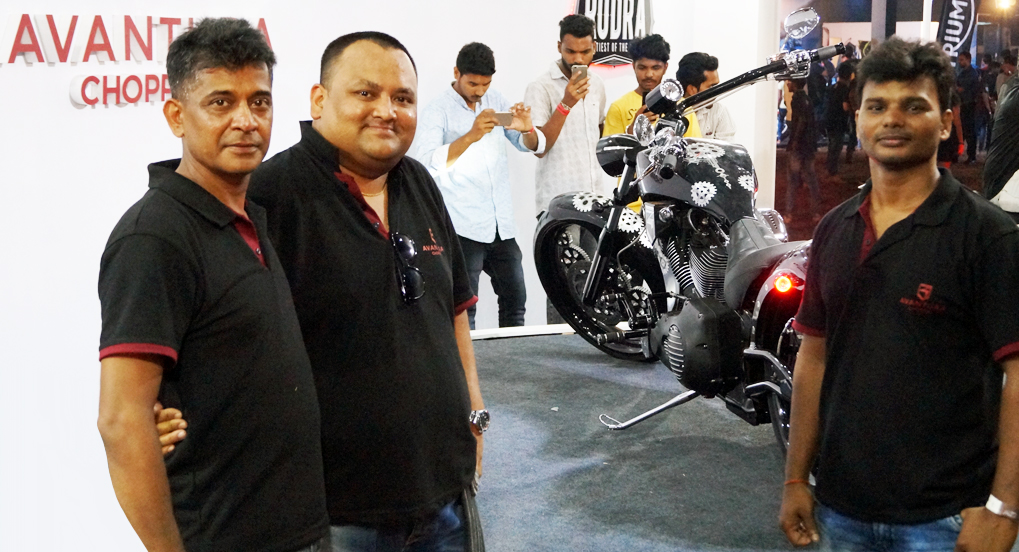 Avanturaa Choppers have been named taking inspiration from the oldest language – Sanskrit. Avanturaa refers to Avanindra which means the King of Earth, while Pravega is a synonym of high speed, velocity, and acceleration. Rudra refers to Lord Shiva, the mightiest.

Both Pravega and Rudra are made to give you a feel of authentic American motorbike choppers. With dimensions comparable to that of a four-wheeler, these choppers are sure to overwhelm you with their gigantic look.

Pravega comes with a wheelbase of 2006 mm and length of 2627 mm. It maintains a classier chopper look but on a heavier side of kerb weight 347 kg. Coming to the power transmission system, Pravega is fitted with 2000 cc V-twin engine produced by the S&S which is a famous engine producer for customized choppers. The power and torque of the engine are expected to be around 130 PS and 180 Nm respectively.

Pravega is expected to reach a top speed of about 140 kmph. True to its name, Pravega is set to give high-speed rides comfortably, thanks to the super-efficient engine and intricate design of the bike.

Rudra has a revolting appeal that will humiliate anyone who passes by you. Rudra comes with a wheelbase of 2180 mm and length of 2960 mm. It is more on the adventurous look with a high rake angle of 38 degrees.

This chopper is fitted with 2000 cc V-twin engine produced by S&S and gives a speed of around 130 kmph. 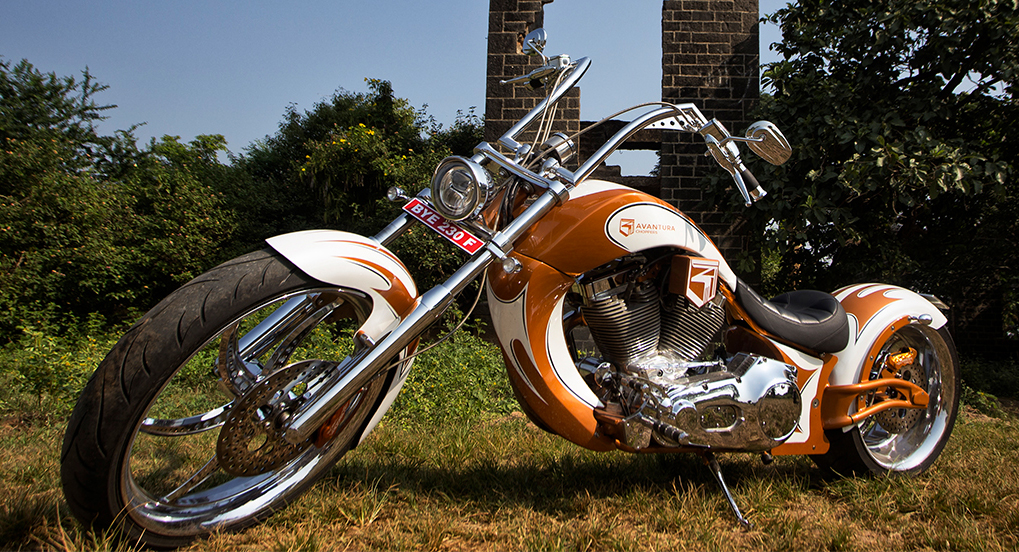 The difference between the two beasts

The significant point of difference comes in the handlebar. While Pravega has a bit classy rake angle by chopper standard, Rudra stands up to symbolize revolution with a high-rake angle of about 38 degree. Pravega comes with high arm hanger and optimum rake angle giving the ability to comparatively handle it better than Rudra. The Rudra has a steeper handlebar which will surely give a terror to the uninitiated but as expected the handling works well at higher speeds.

Nonetheless, both the bikes give a smooth and effortless driving even at higher speeds. Although the handles and peddles are going to be a bit lengthy, but thanks to Avanturaa, they are customizable.

What’s common between the two?

Both the choppers are equipped with 6-speed transmission-box and come with a 21-inch long front tire with the rear one at 18 with 280-section wide. In spite of such huge configuration, the choppers have a ground clearance of 150 mm which is perfect for Indian roads.

With chrome-finish from top to bottom, the Pravega and the Rudra are sure to attract even the non-bikers. The tear-drop shaped fuel tank is capable of storing 21 litres of petrol. The engines are air-cooled and oil-cooled, and despite such huge size, the motorbike’s ability to remove heat is pretty moderate.

The most important aspect of the Avanturaa Choppers is customization. Starting from the handle made by Mustang, USA, to the wheel-alloy, colour of the bike, the length of the handlebar, foot peddle, and headlights, all can be made as per your choice.

The Avanturaa Choppers were a huge launch at the India Bike Week- 2017, Goa on November 24th and 25th with Motorbikes India team a witness to it. I hope the motorbikes will fare well for the Indian motorbike community and while it is not made for the general audience, it will surely be of great pleasure for the authentic chopper enthusiasts. 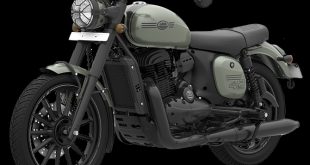 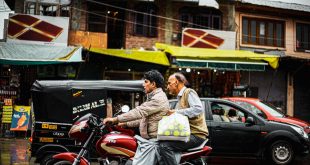 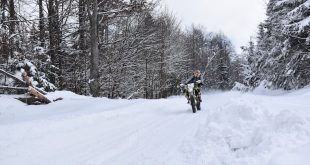