Creation to Customization – A Point of View from Our Friends at MCC, Enfield Riders

It all starts with our own establishment. The journey of human beings started with roaming around naked. Yes! Without a single thread on their bodies. Then we realized that it might be a good idea to maybe cover ourselves a little.

Then came the idea of wearing clothes that were made of skins of the wild animals they hunted. Moving on as the hormones started playing with us, we started multiplying. It was then the Homo sapiens realized that we needed something to give us a distinguished identity which led to our coming up with names and gradually more developed clothing as well. But, clothing was not just about making us seem different from each other, it was about comfort and creating that impression as well which eventually lead to today, wherein we don’t mind paying a considerable amount even for just a pair of socks.

Later in time Motorcycles were invented, it was the hormonal play time again (a different one this time of course). All of us wanted that experience. As the number of these machines increased with the aid of increased affordability, we realized yet again that we also need to distinguish our motorcycle identities. Companies started coming up with different colored models etc. Parallel to that, there was another group of people, who were working on something else. These were the people who believed in the age-old mantra of “Built, not bought”. 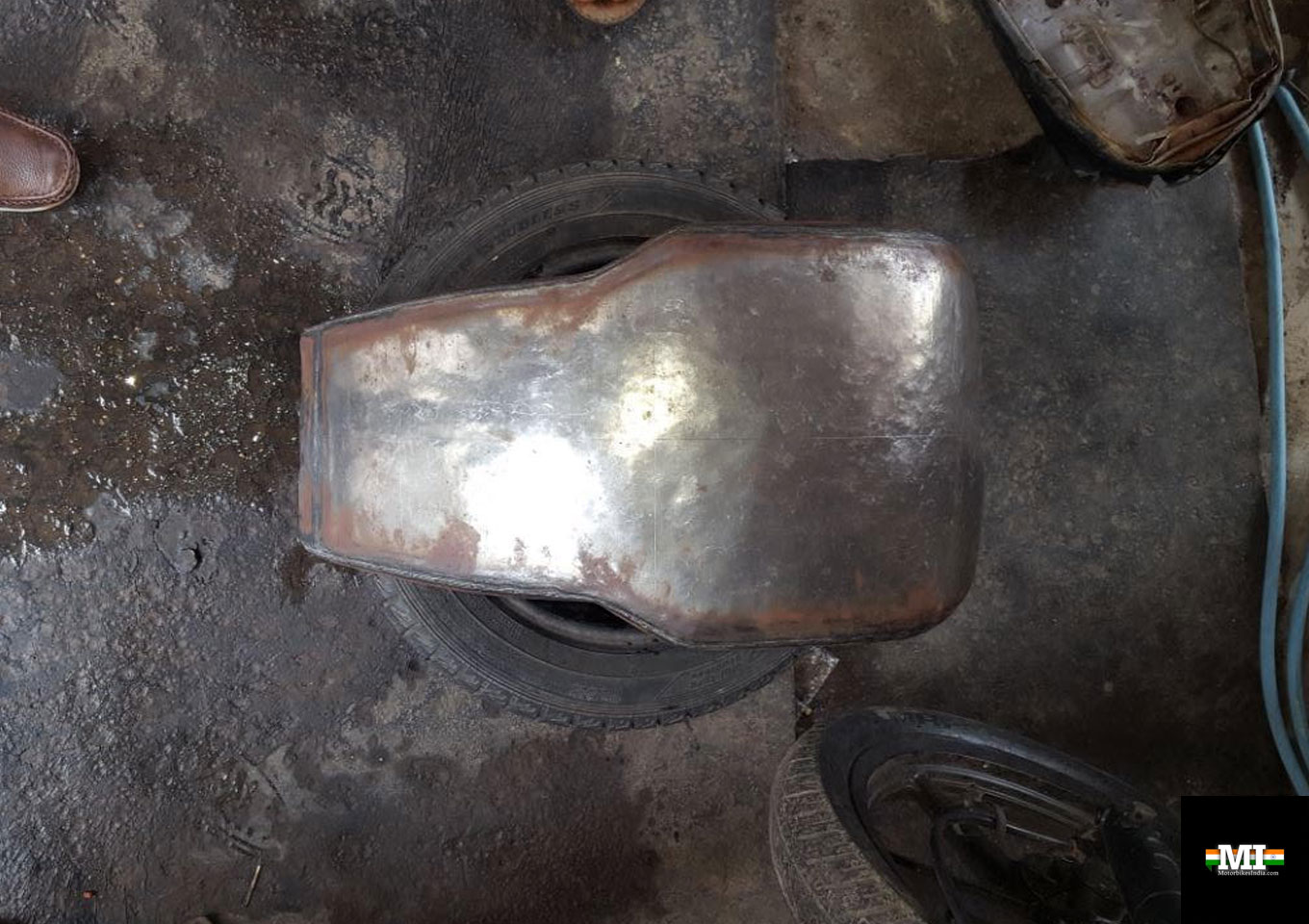 It was all out about hit and trial as a modus operandi, playing around with parts and making the machines look and perform in an unexpected way.

In the 1960s, custom artisans like Arlen Ness and Ben Hardy created new styles of custom bikes, The Choppers. Later came in people like Willie. G. Davidson who took the game to a whole another level by introducing the first factory custom, The Harley Davidson Super Glide.

1990s and 2000s marked the entry of some good but expensive players like Orange County Choppers and West Coast Customs and the rest, as a few of us know, is history.

Customisation to us at Metal Craft Customs is very clear and simple, creating an art piece which is cosmetically and functionally one of a kind. It should be like that secret recipe of the chefs. No matter how well you think you know what has gone in the making of the dish, you have to visit again to get that taste. We keep getting messages from people with a picture and a tag “yeh chahiye”, “ha paaije mala”, “ae chahidi menu” or “I want mine to exactly look like this”. 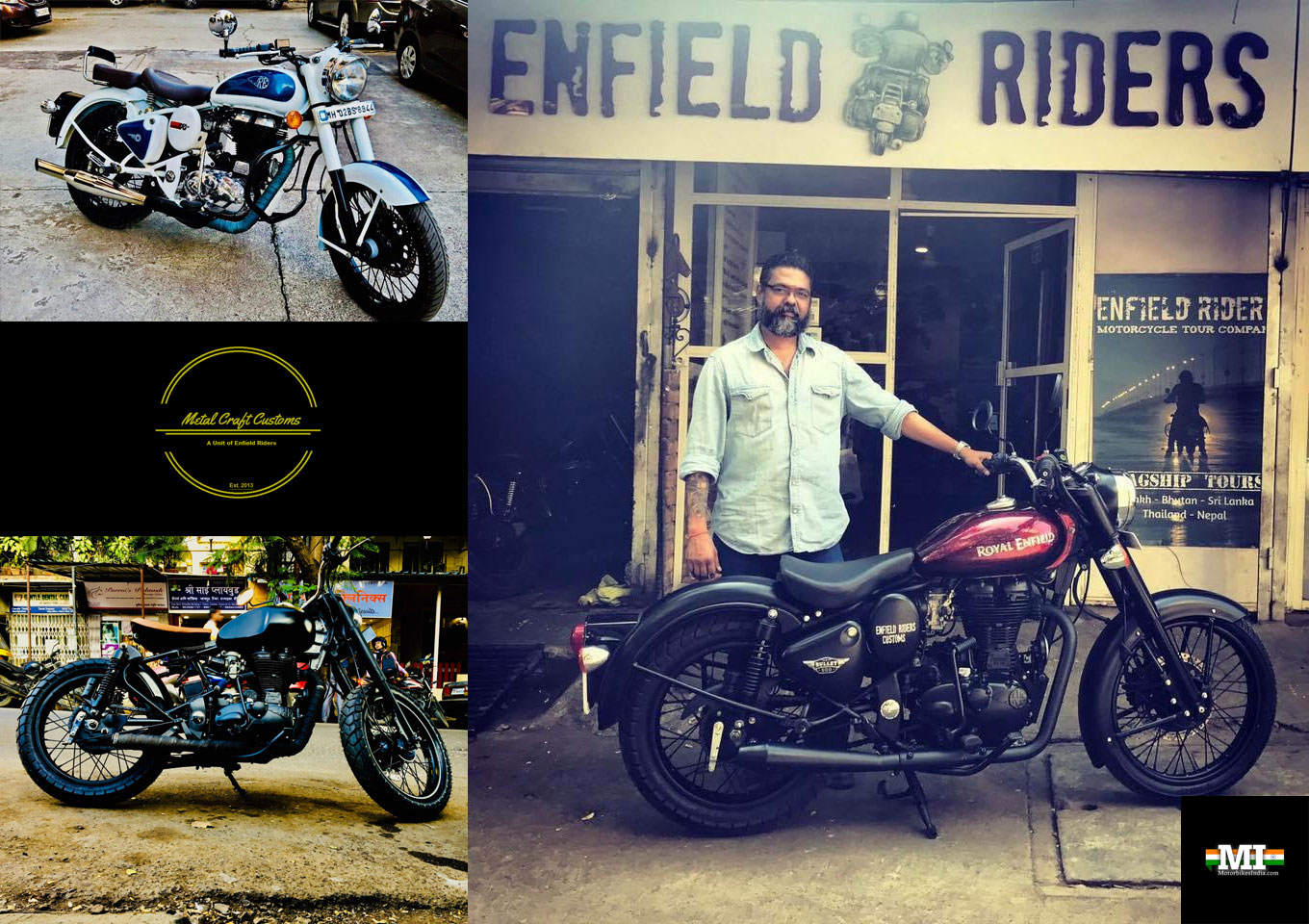 Well, it’s a NO in all languages from our end.

Here’s our suggestion to everyone who looks at a good machine and thinks “I want to make mine look the same”:

So you can use the picture as a reference and then refine and build it further. 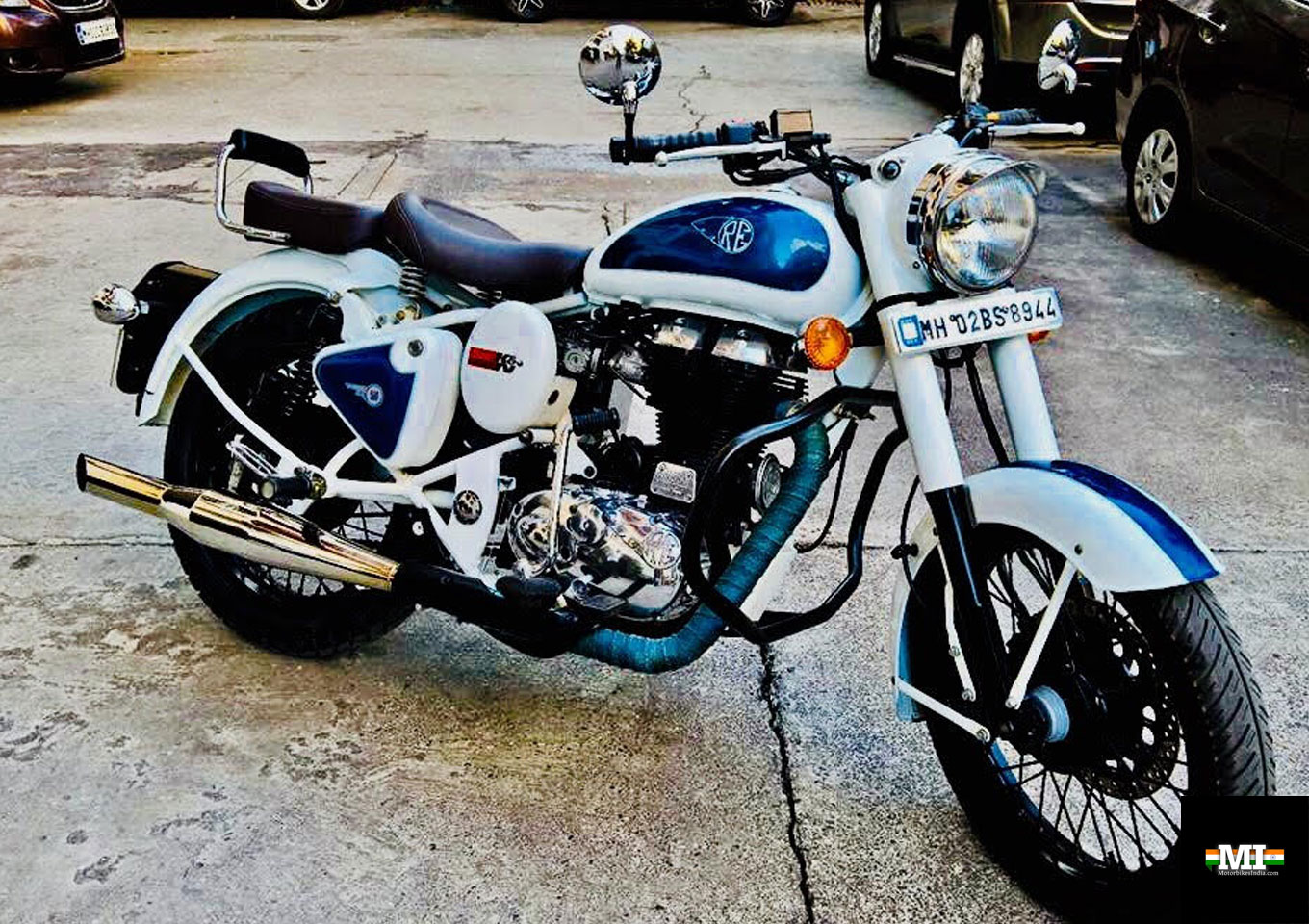 Another important aspect that we at Metal Craft Customs highly believe in is not ending up making showpieces, but building motorcycles – raw, raging badass motorcycles. Put in more sophisticated words, the most important part of our custom projects is their improved performance features and compatibilities keeping in mind the clients’ requirement and the riding conditions.

So, if you want us to build a Scrambler for you, it will not just look like a scrambler, but also perform like one. 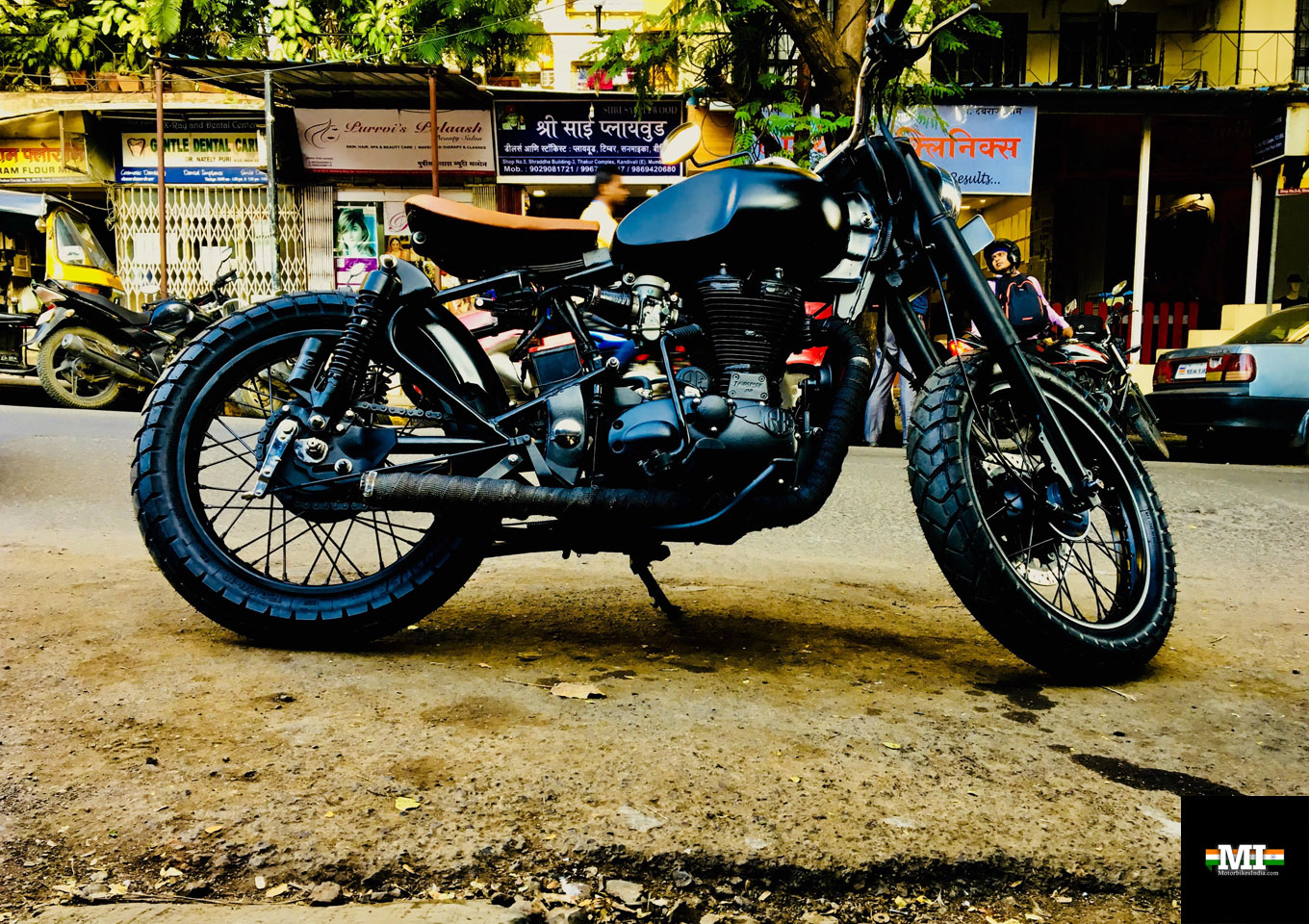 The first project we did for a client was a Bullet Electra. The name given to the bike was Deoli. Deoli is a small, peaceful and culturally rich village in Rajasthan. We made sure to build a motorcycle that not only looked nothing like anything built at that time but also made it reliable enough to be actually ridden from Mumbai to Deoli.

Our idea of customization is to observe the physical and behavioral characteristics of an individual and then finding the right fit in terms of design and performance for the rider. Yes, it almost does sound like a match made in heaven.

Currently, at MCC, we take care of metal fabrication, welding, paint job, and power parts for all motorcycles etc. There is something else as well which we have started at our workshop, i.e., Custom Built Motorcycles for female riders. Enfield Riders trains an average of ten women every weekend on Royal Enfield motorcycle and the most frequently asked question has been if we can do something about the weight and the height of the motorcycle. Well, we can do more than that, we can build you an Enfield with way more lighter counterparts, lowered riding position, which will give you the confidence to ride your own custom built Royal Enfield as per your comfort. We aim at building many more of such identities. This isn’t for anything but the sheer love of motorcycles and to promote what we have always believed in, “Built, not bought.”

Motorbikes India (MI) is an online magazine about motorcycles in India. Motorbikes news, articles, clubs & events, routes, insurance, finance, maintenance & safety. We welcome contributions, from anyone that is enthusiastic about biking. If you are part of a motorbike club in India, please be sure to keep your club info and events up to date in our clubs section.
Previous Hairy George And The Usual Suspects – 21/12/2017
Next Hairy George And The Usual Suspects – 11/01/2018 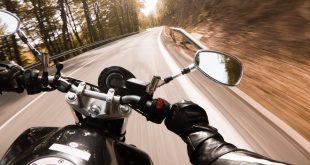 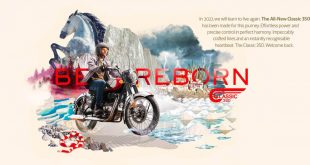 Last year was a big bang year for Royal Enfield, the Indian motorbike community’s most …