The “Valley Run” – a drag race held in the picturesque town of Sahara Amby Valley at Lonavala. For those of you not aware, the last official drag in India i.e. the Speed run was way back in 2008. Since then drag race enthusiasts have longed for an event to happen and luckily the good folks at Elite Octane Inc decided to make it happen for the love of racing.

The biggest challenge in organizing an event of this magnitude isthe location and accessibility – a long stretch of road with a good surface, easily accessible to participants was needed, and what could be better than an air-strip? 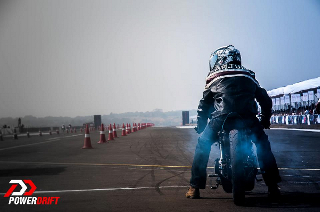 Now Elite Octane weren’t Top Gear to have easy access to a public air-strip, but they did have access to a private one- the Sahara Amby Valley air-strip. With the location sorted and a plethora of competitors registered for the event, soon came the D-day – the race weekend.

Valley Run stretched over two days, with day one dedicated for Indian cars and bikes, while day two had a line-up super cars and super bikes. Day one saw a huge turn-out of participants in the two wheeler category with modified RX 135s, RX100s and RD 350s smoking away some of the Pulsars and Hondas.

The four wheeler category had cars that one sees and uses on a daily basis – Totyota Corolla’s, Maruti Swifts, Zens, Honda Civics etc, but it were the under the hood characteristics that made these cars stand apart from their everyday commuting counterparts.  Some of the participating cars looked as if the body was held together with scotch tape. Weight reduction was taken to a totally different level.

As much as the participants and the crowds were excited initially, soon the enthusiasm started fading as the event was delayed by a good four hours from its initial start time. The bikes were the first ones to start, and their high numbers meant the cars had to start late.  Some of the cars landed racing post sunset with their headlights and hazards on. Day one had come to an end.

The event started pretty much on time on day two, with superbikes going in first. With the superbike category over by 11 am, it was time for the much awaited supercars. Lamborghini, Audi R8, Rolls Royce Phantom, BMW Mansory and the rarest of all the Nissan GTR were some

of the cars that made an appearance on day two. Compared to day one, day two was pretty boring with viewers lacking enthusiasm. However most of the spectators stayed on to see the renowned Y2k being fired and ridden on the air-strip.

Like day one, day two also ended pretty late with the prize distribution ceremony illuminated by the headlights from the cars. I guess that says it all. Overall it was a good event, which could be managed better. But given that it was the first time for everyone, I guess some room for error could be allowed. For all those who missed participating in this Valley Run, Elite Octane has plans to organize a second one sometime later in the year. So be ready to race a quarter mile at a time..

The results of Valley Run are as per links:

Previous Your first Ducati? The Ducati Monster 696
Next MBI Bike Doctor — 20+ years in the motorcycle industry 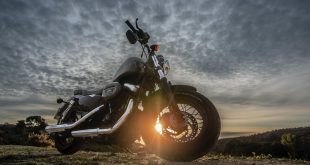 Top 10 Oldest Motorcycle Brands in the World – I 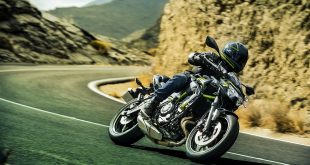 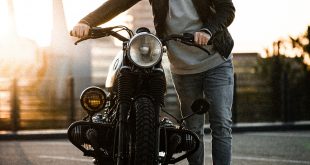 Hey, guys. Well, 2021 started with announcements of price hikes of some of your favorite …