Electric scooters are a boon to the two-wheeler industry. And why not? They are lighter as compared to other vehicles, use less power, and we can charge them quickly using existing plug points at home.

Despite a few hurdles, the future of e-scooters is bright and clean for environment-friendly transportation in India.

Additionally, the Government in India decided to increase the production of the electric vehicle by 30% until 2030. As the Indian two-wheeler community holds one of the largest markets for scooters and motorcycles, this move will increase the sale of the electric bike by up to 2 million a year till 2030.

Now, the new entrant in the e-scooter category of two-wheeler is the Creon from TVS. Let us get to know more about this majestic electric vehicle waiting to take the market by storm in May 2020.

Design– Well, TVS Creon is the first electric scooter from TVS MotoCorp, gives a racer motorbike look with its sharp features and angular design. It has a silver color frame with a fully digital instrument console and LED lights. It comes with a single-seat with a headlight in the middle of its body. The Creon branding is in front and at the edge of its seat, whereas the TVS logo is on its engine. There is also space for keeping the helmet under its seat. 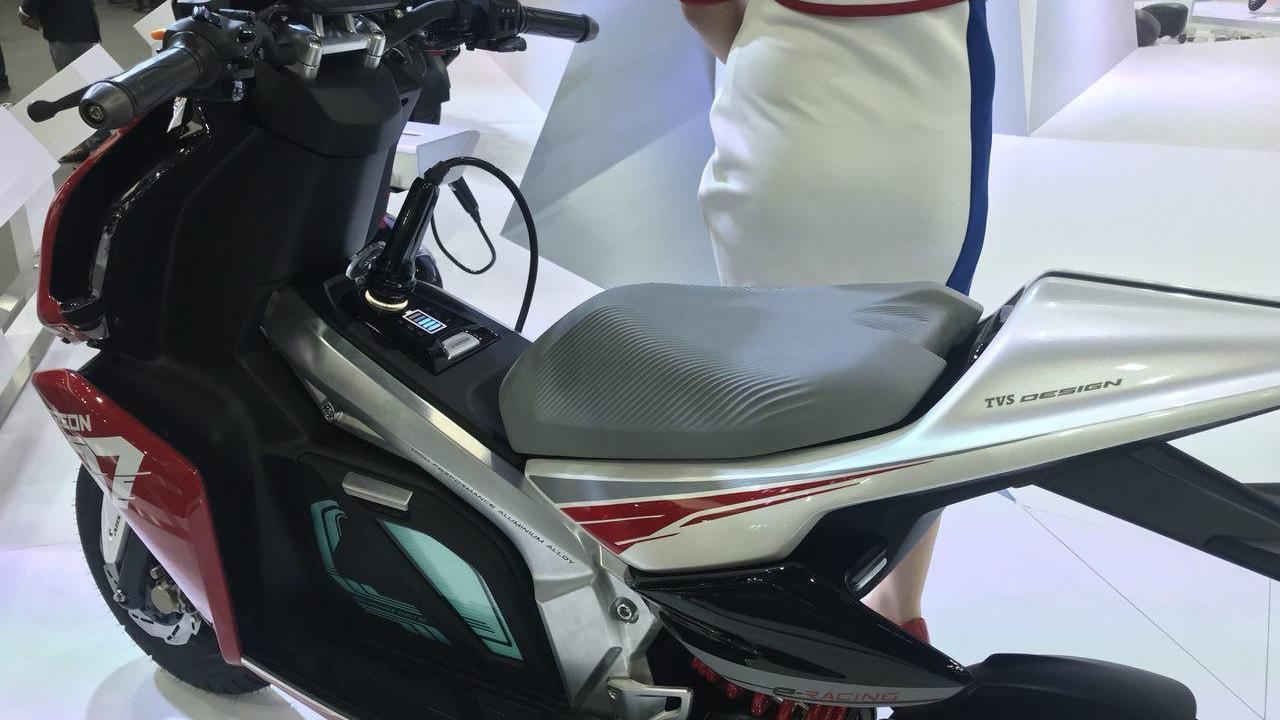 Features– The scooter has a digital speedometer, trip meter, an odometer, a clock with a passenger’s footrest, and an anti-theft alarm. The vehicle does not have any mobile connectivity, however an automatic start feature. Besides, the scooter gets Bluetooth connectivity with cloud features, including geo-fencing, GPS, and part assistance. 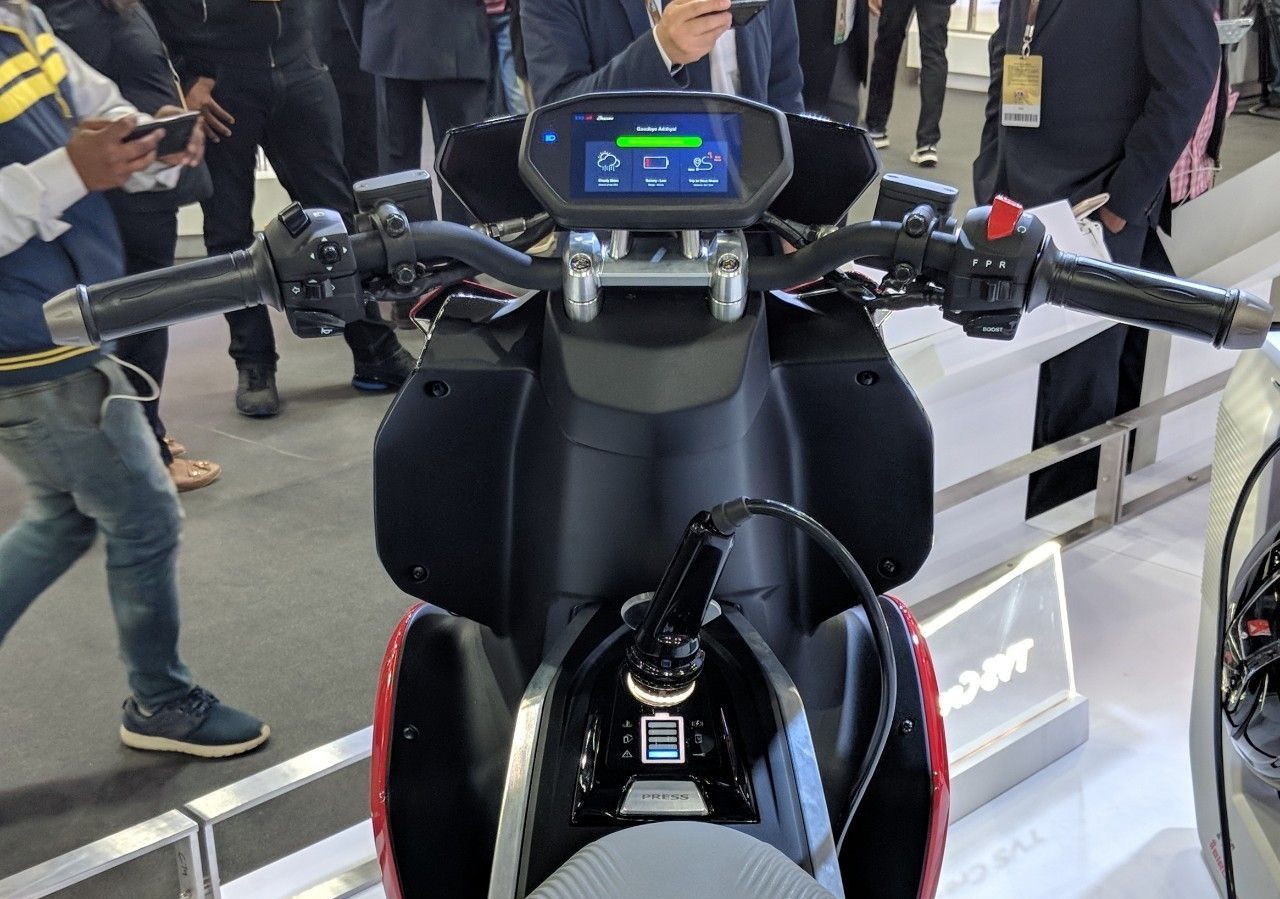 Battery– Creon has three lithium-ion batteries with an electric motor. It produces a power of 16.1 PS and a range of 80Km/charge. The scooter can move from motion from 0 to 100Km/h in 5.1 seconds. The e-scooter takes a maximum of 3 hours to charge the battery. However, 80% of it gets charged in only an hour. The battery-cells are in the middle of the scooter to achieve the lowest center of gravity for sporty riding style. 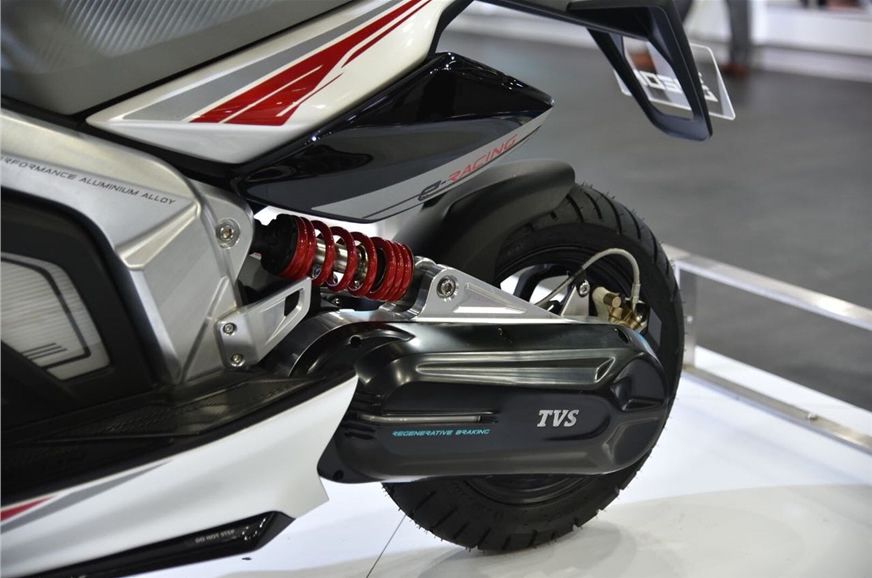 Brakes and wheels– The front and rear have disc brakes with single-channel ABS. The two-wheeler comes with alloy wheels and tubeless tires and also boasts of three riding modes with highly comfortable and secure riding experience. 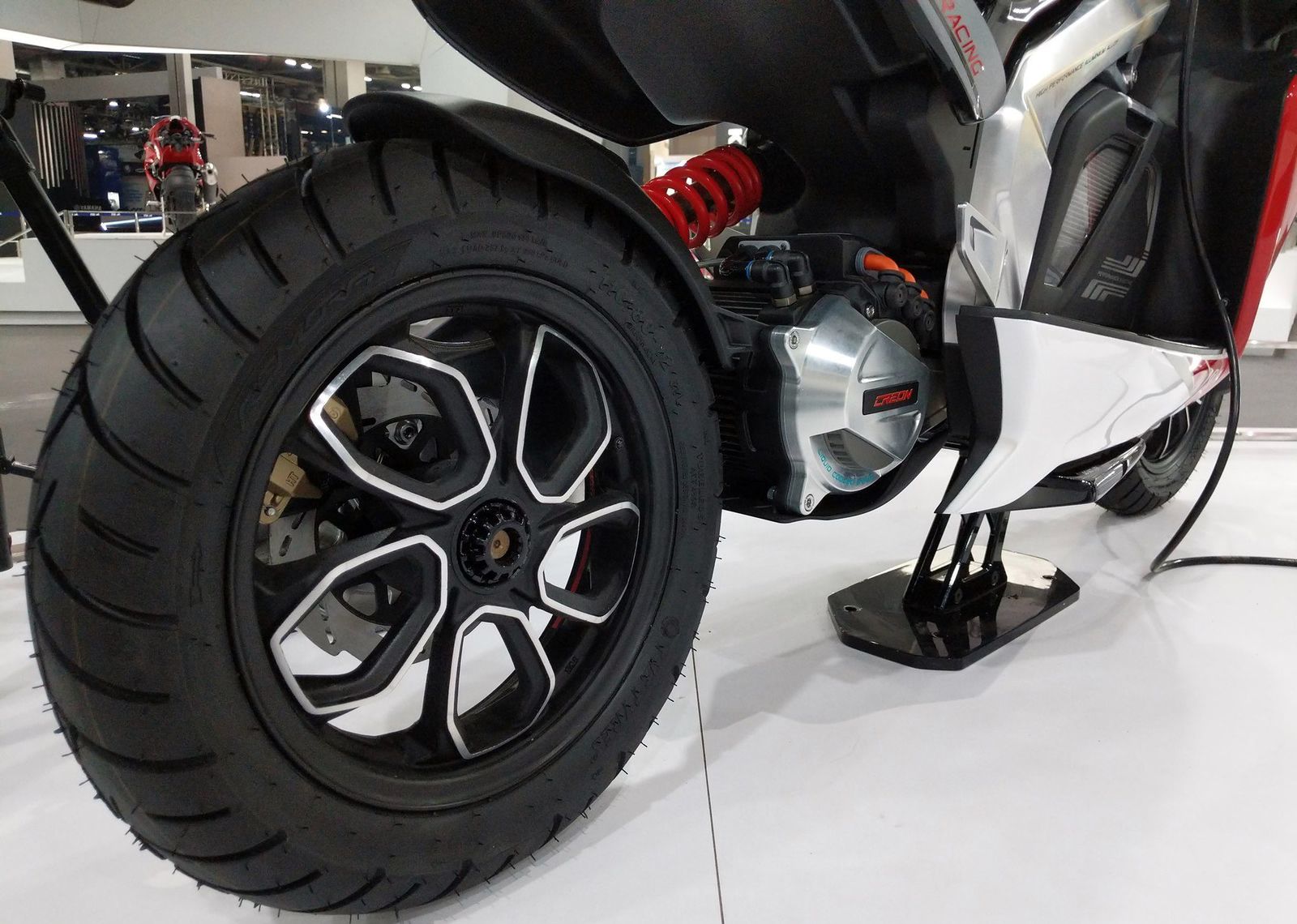 Suspensions– It has telescopic suspension in the front and a mono-shock suspension at the rear.

Color– The scooter is yet to launch in India. The only color displayed so far by TVS is Red.

Now, there are several differences a customer needs to consider before buying petrol or an electric scooter. Let us identify their advantages and disadvantages.

Promotion of Electric Two-Wheeler in India

The Govt., as stated above, is increasing its out-reach to promote electric scooters and other electric vehicles in India through its new policy.

During the e-mobility summit, Prime Minister Mr. Narendra Modi inaugurated subsidies on e-vehicles. As per the proposal, nine most populated states will be a target for creating a favorable ecosystem with the launch of e-scooters and vehicles. The government aims to shift a whopping one-third of the petrol and diesel vehicles to electric till 2030.

Thus, with all the corrective measures taken by the Govt. and a small contribution by us, we can surely hope to get an eco-friendly environment for our future generation as more electric vehicles run on the Indian roads.

Motorbikes India (MI) is an online magazine about motorcycles in India. Motorbikes news, articles, clubs & events, routes, insurance, finance, maintenance & safety. We welcome contributions, from anyone that is enthusiastic about biking. If you are part of a motorbike club in India, please be sure to keep your club info and events up to date in our clubs section.
Previous Bajaj Chetak Vs. Ather 450
Next The BS-VI Emission Norms- Will Two-Wheeler Get Expensive after April 2020? 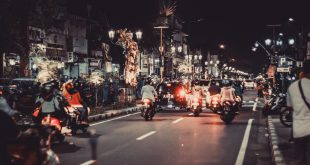 Is a Scooter Better or a Motorbike? Top 10 Similarities and Differences 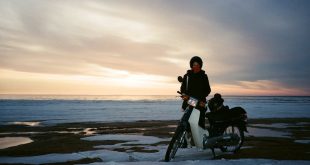 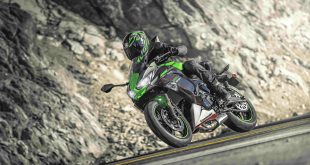 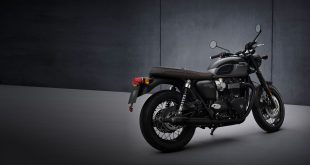 If you ask a fan from the motorbike community, the global iconic motorbike brand, you …