Who would have thought the world would come to a standstill for economic activities for more than a year and mobility and commutation would be the most affected part of life? But it’s true with Covid 19 pandemic spreading like wildfire across the globe, and now more so in India, the business of automobiles has been severely affected.

The motorcycle shipments have grown by 15-20% during the last FY 2020-21 compared to the previous FY 2019-20 with dispatched clocking 3 million units despite the pandemic and frequent global lockdowns. The scooter exports flourished at an even higher rate of 27-30%, with 4 million units exported to these international markets. The expansions to more of the countries in these three geographies have maintained double digits in this particular period.

To be more specific, Bajaj Auto has come out as the largest exporter of motorcycles and scooters, followed by TVS Motor and Hero MotoCorp in the last financial year. Baja Auto accounted for nearly 60% of the two-wheeler exports, growing at the rate of 22% and clocking 17 million units exported in absolute numbers. Bajaj Auto has always been strong in the African market, but it diversified its focus to countries in ASEAN and Latin America to reduce its dependency on one continent. Now Bajaj is a name to reckon with in Africa, ASEAN, Latin America, and even in the Middle East – GCC.

In comparison, the 2nd largest exporter of two-wheelers has been TVS Motors, with exports of its motorbikes increasing to 24% of its current shipments and clocking 5.5 lakh units in absolute numbers. On the contrary, their scooters clocked a phenomenal growth of 67% with 60000 units in the last financial year. Today TVS Motors delivers to more than 60 countries across the globe.

The 3rd such Indian two-wheeler manufacturer to gain from exports has been Hero MotoCorp. Its motorbike exports increased by 5%, clocking sales at 2 lakh units in the last financial year but its scooter exports dropped to 20000 units from the high of 26000 units in the previous financial year. Overall its exports grew by 12 % at 2 lakh shipments. Hero MotoCorp has expanded its export market to reach 40 countries, mainly across Asia, Africa, South & Central America.

The two-wheeler exports in February 2021 showed a positive upswing, with Year-On-Year (YoY) growth clocking 17-18%. Nearly 4 lakh units were exported in February 2021 compared to about 3.15 lakh units in the same month last year. Except for Bajaj Auto’s CT100, all other two-wheelers in the top 5 have had positive growth in the previous financial year. Of the three major two-wheeler manufacturers in India, Bajaj Auto leads the pack as the largest exporter of two-wheelers, with 4 of its models featuring the top 10 most exported motorbikes. That has made Bajaj Auto capture a market share of 45% of the total motorbikes shipped from India. 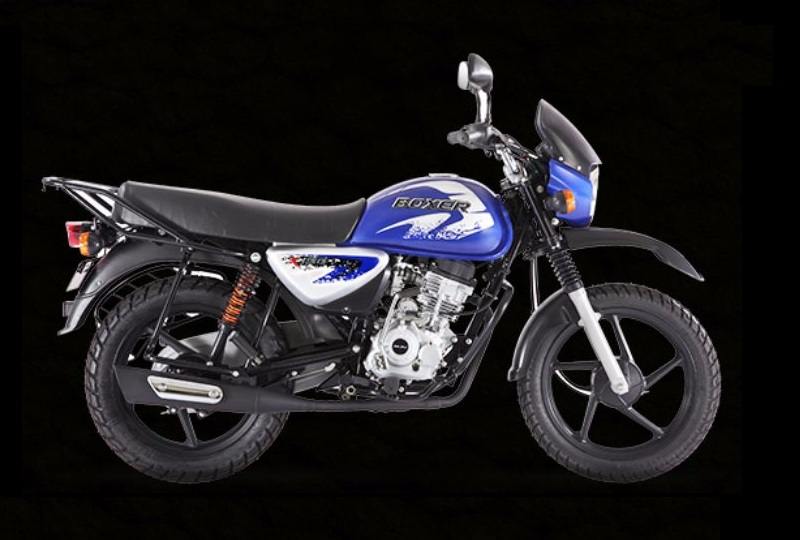 The number 2 motorbike in exports is TVS Star City, which clocked at 60,000 units of sale in February 2021 with a year–on–year growth of 36% compared to 45000 units sold in the previous financial year in February 2020. It gave TVS Star City a market share of 16.5%, which is nearly half of Bajaj Boxer.

At number 3 again is a motorbike from the Bajaj, the Pulsar, which set the export market ablaze with 30000 units exported. Its year-on-year growth record has been phenomenal, with more than 60% growth than only 19000 units shipped in the previous financial year. This motorbike has a market share of 8.5 % of the export market. 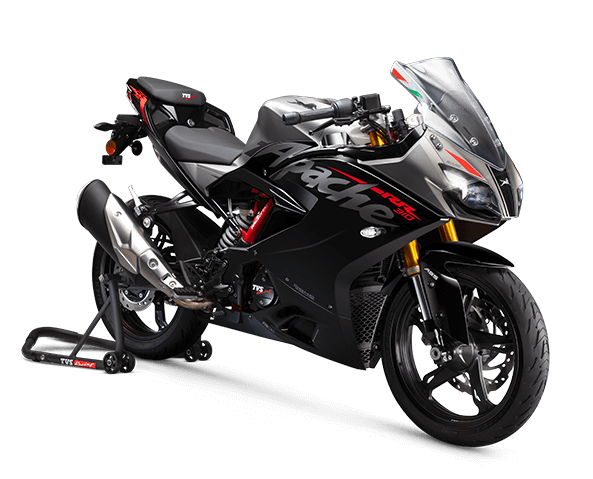 At number 4 is a motorbike from TVS Motors going by the brand name of Apache. This motorbike has a market share of 4.5 % of the export market, with 14000 units exported in February 2021. It made a phenomenal growth of 58% over last year in February 2020 when it clocked 9500 units as the export sale. 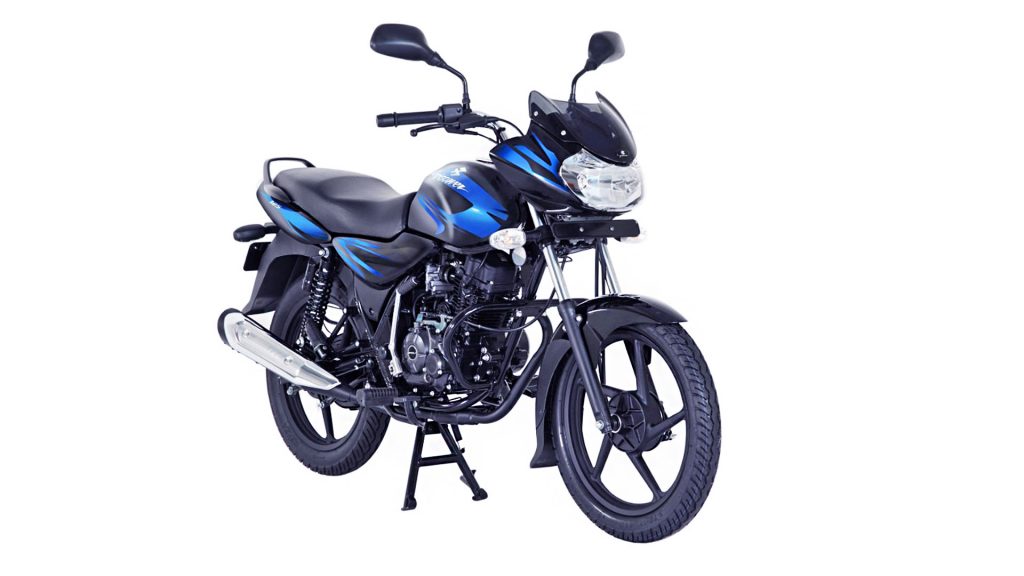 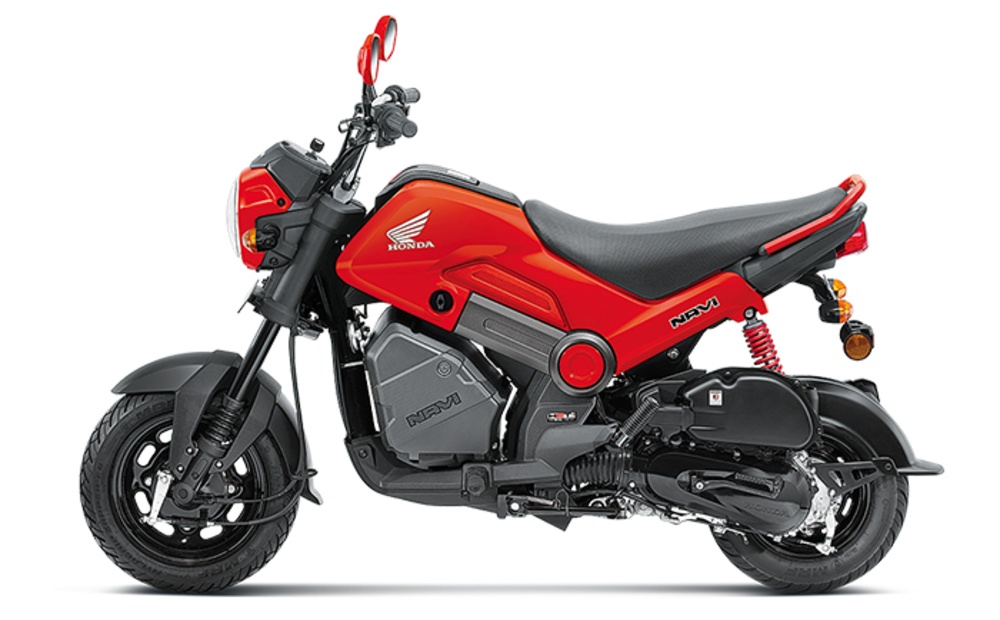 The model Navi showed strong growth and broke into the top ten models exported from the house of Honda Motors. The Honda Navi clocked an export sale of 6400 units in February 2021 viz-a-viz 3400 units in the same month last year, taking its growth to an exceptionally high rate of 86%. In absolute terms, the market share for Honda Navi is a minuscule 1.8% of the motorbikes exported from India. 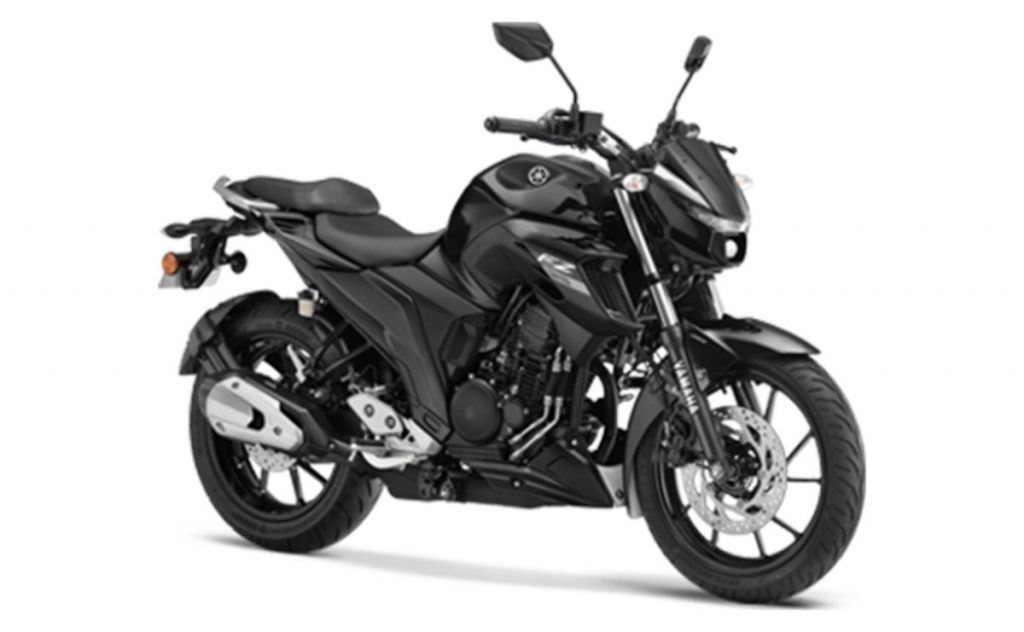 Two more motorbikes in the top 10 list are the Yamaha FZ, Hero Splendor, and Suzuki Gixxer, each clocking an export sale of 9500, 6600, and 6400 units, respectively. 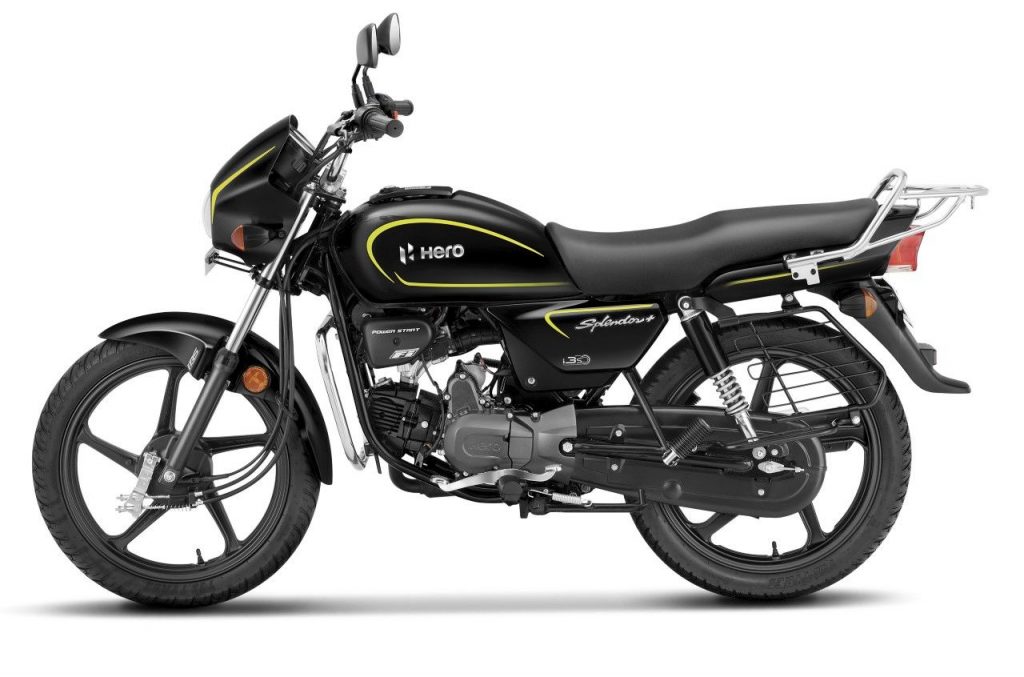 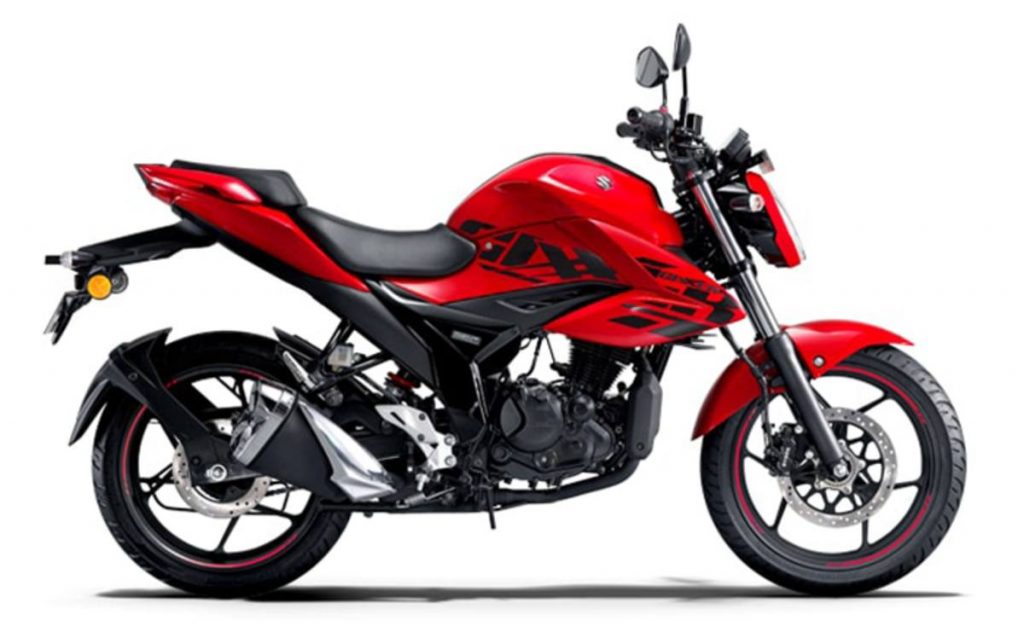 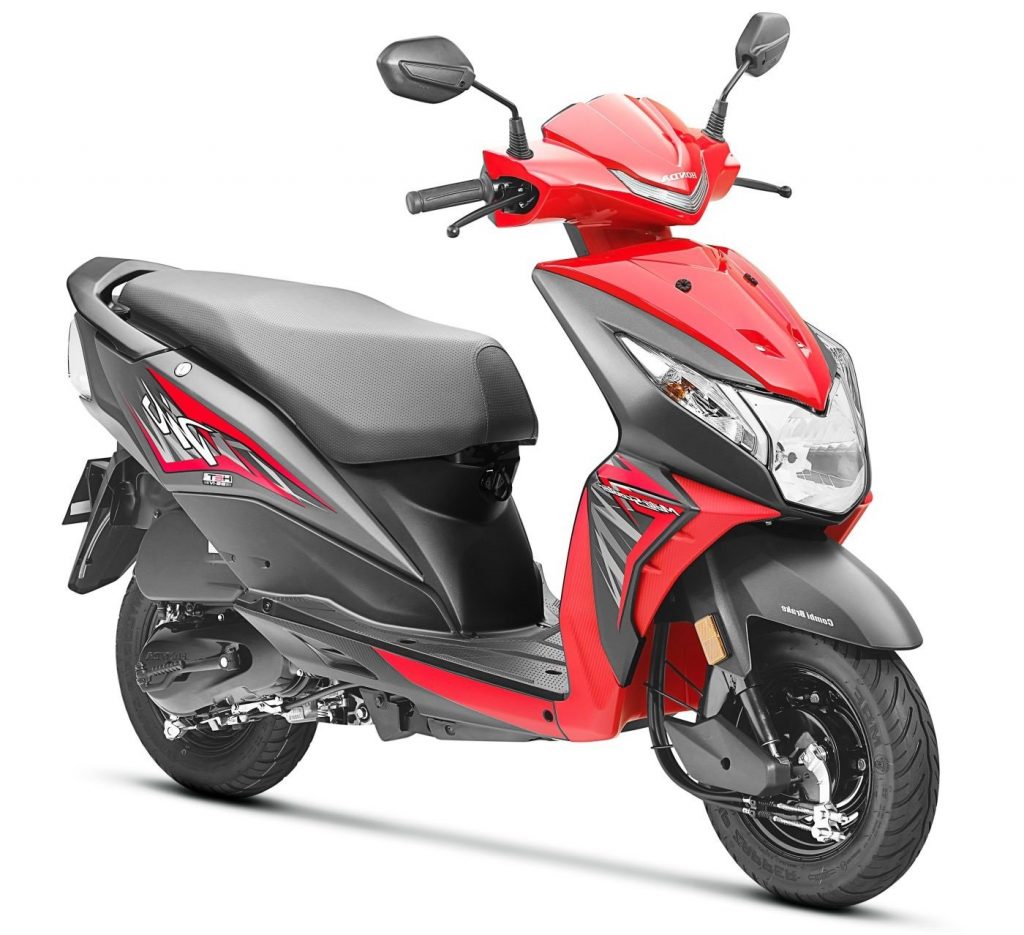 The success seen by our Indian two-wheeler in the motorbike category has been phenomenal. But in comparison, the scooter exports have been marginal. Leading the list in the scooter category is the Honda Dio at 11th place and an export sale of 5600 units which was a negative growth of -44%. The exports for the same period last year were much better at 10000 units.

The other scooter to break into this list of the most exported scooter are the TVS NTORQ, Yamaha Ray, and finally the Suzuki Burman, each clocking a modest export sale of 4300, 2800, and 2500 units, respectively. 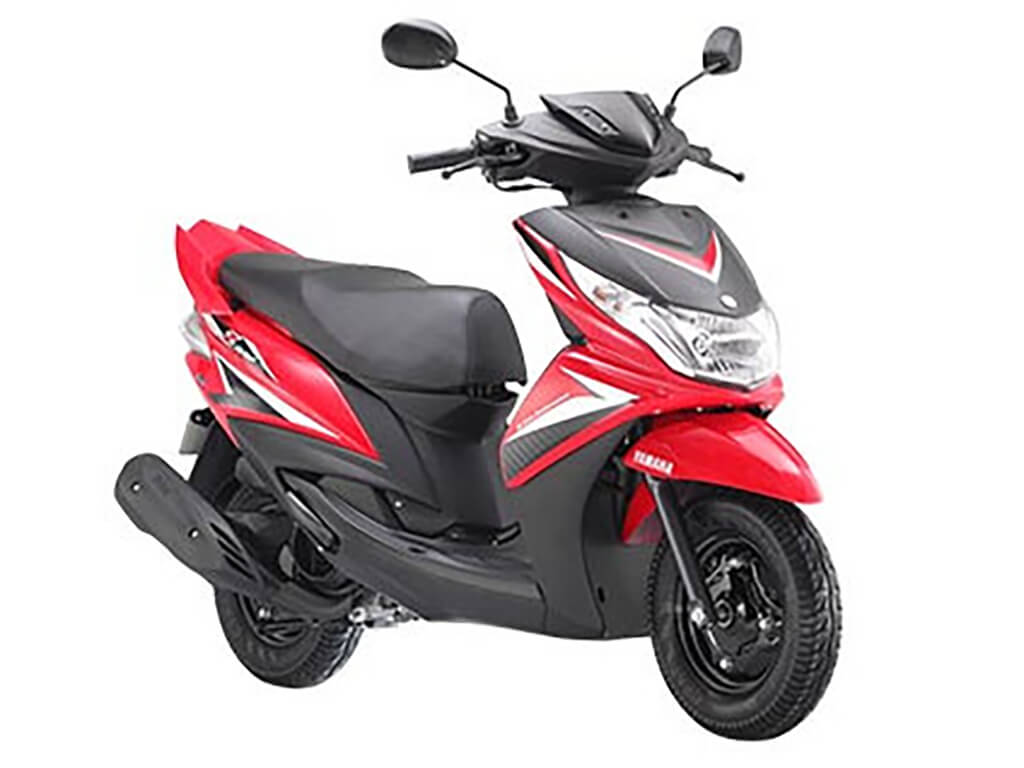 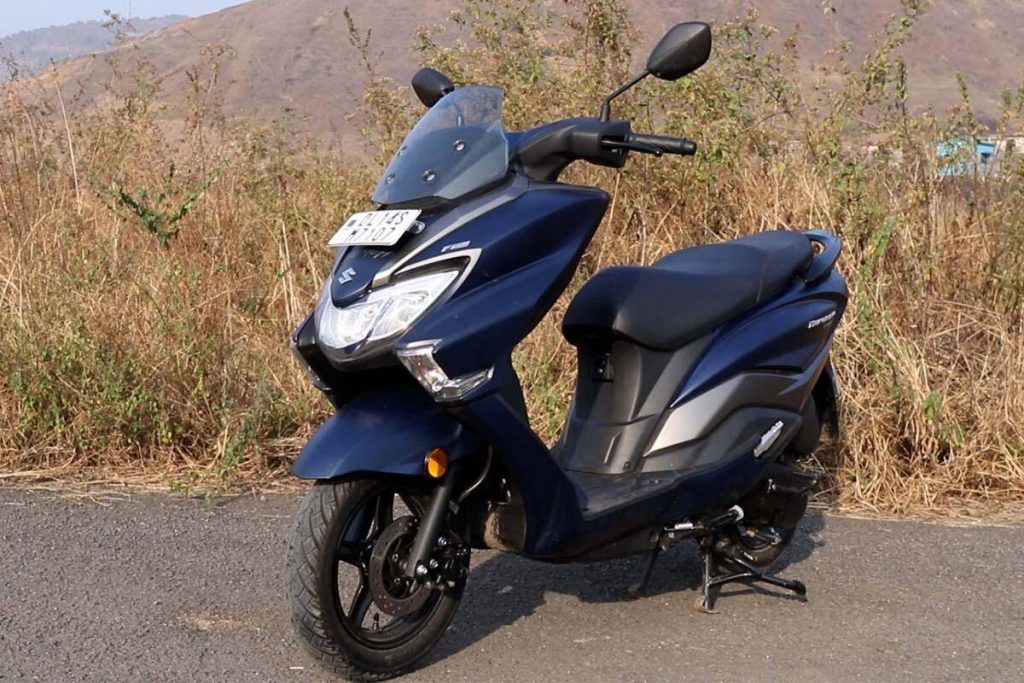 Finally, if you summarize the overall view of leading two-wheeler industry experts, the export markets of Africa, Latin America, and ASEAN though small have a vast potential for growth and incremental revenue stream for all the Indian motorbike and scooter manufactures. This export market will drive the expansion plans of our indigenous two-wheeler manufactures in these challenging times and the post-Covid-19 world.

Motorbikes India (MI) is an online magazine about motorcycles in India. Motorbikes news, articles, clubs & events, routes, insurance, finance, maintenance & safety. We welcome contributions, from anyone that is enthusiastic about biking. If you are part of a motorbike club in India, please be sure to keep your club info and events up to date in our clubs section.
Previous New Launch : HF 100, The Most Affordable Hero Motorcycle 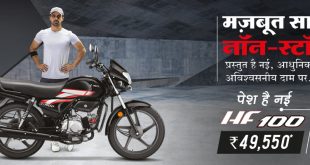 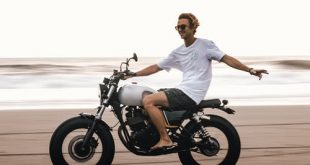 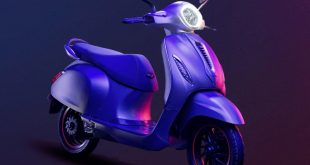 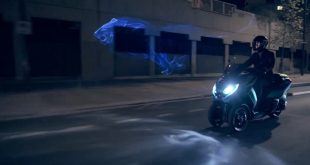 If you recount the major two-wheeler manufacturers in India, the names that will roll in your mind …